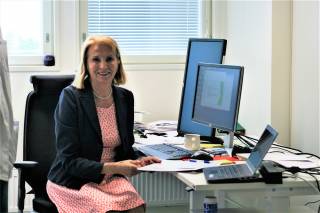 Education and training are an important part of the activity of FICAM. The goal is to educate scientists in alternative methods for animal experimentation. The 3R-principles (Refinement Reduction and Replacement) are the basis of the regulations concerning the use of experimental animals to scientific purposes in the EU (Directive 2010/63/EU).  FICAM specializes in providing education especially in the in vitro replacement methods and in techniques aimed to develop such methods. It concentrates on the development of tissue models mimicking the functions of human tissues in vivo, and this topic is central  in FICAM’s educational activities.

The most important themes of the education:

The topics of the scientific theses are closely connected to the FICAM research policy , and their goal is to develop in vitromethods for replacing or supplementing  the use of experimental animals in biomedical or toxicological research.

In FICAM the students can perform research both for MSci and doctoral (Ph.D. and MD) degrees. The students for MSci degree come from other study programs, and they will only perform the practical research for their thesis in FICAM. The students for doctoral degree (Ph.D.) usually belong to some graduate school (e.g. FinPharmaNet graduate schools), and they will do the research for the doctoral thesis in FICAM, which gives the supervison of the thesis work.

FICAM organizes high level scientific courses on alternative methods for animal experimentation. These courses include both theorethical and practical education in cell and tissue culturing and in advanced human tissue/organ modeling. Scientific education in these areas are given also in connection of different symposia and seminars. The FICAM doctoral students get scientific education during regular team-meetings and educational days.

FICAM gives education in GLP both for researchers and for scientists.

FICAM has organized education in cell and tissue culturing since the year 2007 for FinPharmaNet (formerly ToxGS) graduate school. The courses of high international level have been available for a large audience.

In 2009, FICAM organized ”The 30-Year Anniversary Symposium of the Finnish Society of Toxicology” (FST). FICAM also participates in the organizations of the yearly seminars of the Finnish Consensus Platform for Alternatives (FINCOPA ).

FICAM organized an international symposium, the 28th Workshop of the Scandinavian Society for Cell Toxicology (SSCT), September 21-23, 2011, in Hotel Rosendahl in Tampere.

FICAM organized the 10th Annual Symposium of  FINCOPA titled “Implementation of the Directive 2010/63/EU in Finland and the role of alternative methods in biomedical research” on September 20., 2013 in Tampere.

FICAM organized the joint ecopa SSCT workshop in Helsinki 14 – 16 June 2017 (in co operation with European Consensus Platform for Alternatives (ecopa) and Scandinavian Society for Cell Toxicology (SSCT) supported by the Finnish Society of Toxicology (FST)). The workshop consisted of scientific sessions and industry organized practical technical workshops. The workshop provided the participants with up-to-date methodology and their scientific and regulatory relevance in key areas of toxicology and disease models.