FICAM has a GLP (Good Laboratory Practice) laboratory, and qualified personnel educated in GLP. All FICAM validation studies and regulatory toxicity tests are performed in compliance with GLP. 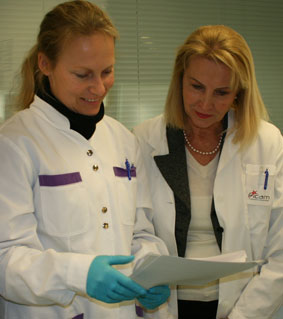 The in vitro test methods developed in FICAM are validated to be reliable, repeatable and relevant for the intended purpose. After the scientific proof of concept and method optimization, the test method validation will be performed in compliance with GLP according to the guidelines of OECD and other international relevant validation authorities.

FICAM has been accepted as a reference laboratory for EURL ECVAM (European Union Reference Laboratory for Alternatives to animal testing, Institute for Health and Consumer Protection, IHCP, Joint Research Centre, Ispra, Italy). EURL ECVAM promotes and coordinates the validation of alternative methods to  be accepted into EU and OECD guidelines. Before regulatory acceptance the internationally validated methods are evaluated by the expert groups and authorities of EU and OECD respectively. The present state of the alternative tests and their regulatory acceptance can be found at the following addresses:

OECD Guidelines for the Testing of Chemicals, section 4. 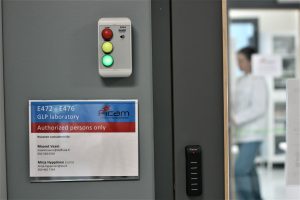 Good laboratory practise (GLP) is a quality system that provides a framework within which non-clinical safety and environmental studies are planned, performed, monitored, recorded, reported and archived. GLP principles should be followed in studies that are used in the registration and regulatory acceptance of pharmaceuticals, industrial chemicals, biocides, food and feed additives, cosmetics and veterinary medicines. GLP fosters mutual acceptance of test data in different countries. GLP principles are issued by OECD as Series on Principles of Good Laboratory Practice and Compliance Monitoring. Other countries, such as USA and Japan have their own corresponding GLP-programs.  FICAM follows GLP principles in all aspects. If a study does not require GLP and is not audited by authorities, FICAM conducts and documents the study in the spirit of GLP.