With a personnel of approximately 100 staff members and research students, TACC carries out multidisciplinary research with a wide range of methodologies, aiming at improved means to promote and resume healthy growth among infants and children worldwide.

The driving force behind the establishment of Tampere Center for Child Health Research was multidisciplinarity. Researchers and other actors who had earlier largely worked in their traditional “silos” wanted in expand horizons and mix with colleagues who shared an interest in promoting child health through research but provided complementary skills in pursuing this goal. As such, TACC brought together laboratory scientists, psychologists, social scientists, public health specialists as well as clinicians from paediatrics, child psychiatry and other medical specialties.

According to its mandate, the primary aim of TACC is to implement multidisciplinary, international, translational, policy-relevant high quality research to promote child health and well-being worldwide. Other important aims include researcher training and public dissemination of research results.

Tampere Center for Child Health Research is located at the so called Kauppi Campus in Tampere, Finland. It is administratively part of the Tampere University, Faculty of Medicine and Health Technology, with very close links to the departments of paediatrics, child psychiatry and obstetrics at Tampere University Hospital. It provides office space to FINPEDMED, a Finnish national network for studying paediatric medications and is widely linked to research groups and other stakeholders in the society.

The center has a management team that consists of the leaders of its five research clusters. The management team makes decisions on the center’s strategy, annual action plans, and the use of joint resources. 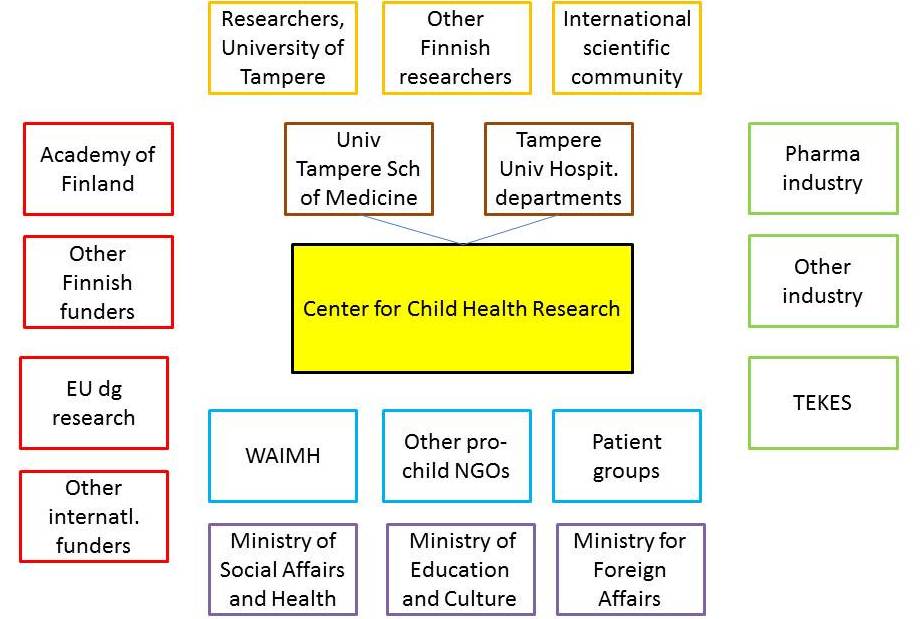