Dr Nelli Piattoeva is an Associate Professor at Tampere University, Finland. She completed her post-doc at the Institute for Advanced Social research in Tampere in 2012-2014 and in 2017-2018, she was a visiting scholar at the Humboldt University, Berlin, Germany. 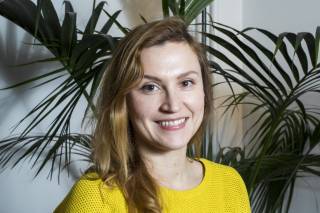 Piattoeva was appointed Associate Professor of education (tenure track) in 2018 and is based at the New Social Research programme – an innovative interdisciplinary social science research unit funded by the Academy of Finland at Tampere University. Her research agenda on the entanglements between education and politics is roughly split between three main domains: first examining formal education as a means of politics and governance of societies, for example, the relationship between education and nation-building or the infiltration of digitalization and datafication into public education; second she analyses the changing means of governing formal education such as the introduction of performance targets and numerical assessments; third she is interested in the practices of knowledge production on education and the linkage between these practices and governance and (geo)politics, for instance, the impact of Cold War ideologies and stereotypes on knowledge-making. Nelli’s primary geographical focus of research is Russia and the post-Soviet space.

She has co-edited three journal special issues, an edited volume for Palgrave, and has published empirical and theoretical work on education, including two handbook entries. Her latest publications appeared in e.g. Handbook of Digital Russia (Palgrave), Critical Studies in Education, World Yearbook of Education 2019 (Routledge) and Politics of Quality in Education: A Comparative Study on Brazil, China, and Russia (Routledge). The latter volume for which Nelli co-authored three chapters won the book award of the Special Interest Group in Globalization and Education of the Comparative and International Education Society (CIES). Nelli is on Twitter @NelliPiattoeva, Academia.edu and ResearchGate.net.