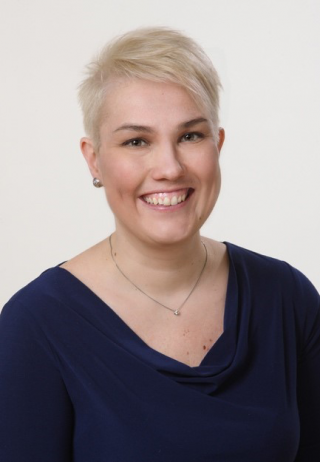 Dr. Louvanto MD, PhD, specialist in obstetrics and gynecology started as a tenure track Professor in Obstetrics and Gynecology at Faculty of Medicine and Health Technology, Tampere University in fall 2020. She holds her Medical degree (2006), PhD (2011), Title of docent in the experimental science of obstetrics and gynecology (2018) and Specialist degree in obstetrics and gynecology (2019) from University of Turku, Finland. She did her post-doctoral fellowship in cancer epidemiology at McGill University, Montreal, Canada (2012-2014, 2015) and was a senior clinical fellow in molecular epidemiology at Queen Mary University of London, London, UK (2016-2017). In addition, she has also done extended clinical and research periods in Sweden, Australia, US and Canada. She has received research awards from the National Graduate School of Clinical Investigation (2011), the Duodecim Society of Turku (2012) and the Seth Wichman award in 2019 from the Finnish Society of Obstetrics and Gynaecology.

Her research interests encompass to provide in-depth understanding   on   the   variables   and   molecular   epidemiology   that involve human Papillomavirus (HPV) – infection and the disease progression. Her projects are more specifically investigating the impact of childhood HPV-infections consequences in adulthood; identifying better epigenetic or genetic biomarkers to identify women in risk for cervical cancer development  and  evaluating  the  role  of  these  biomarkers  in  cervical  cancer  screening; and finally also evaluating the future cervical cancer screening tolls and guidelines for HPV vaccinated women. In addition, she is also involved with several research projects nationally and internationally.

Her research is funded by the Academy of Finland, the Sigrid Juselius Foundation, the Finnish Medical Foundation, Finnish Cancer Foundation, Government special funding for Tampere University Hospital and Päivikki and Sakari Sohlberg Foundation. 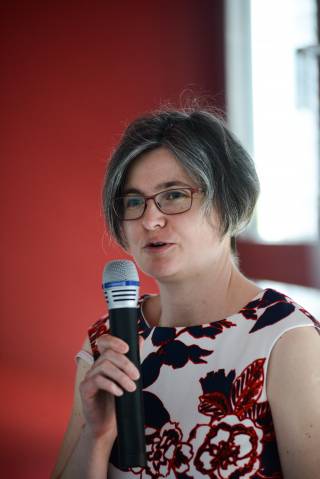 Nowadays she works as a clinical lecturer at the Tampere University, Faculty of Medicine and Health Technology, Tampere, Finland and serves as a Head of Cytopathology at Fimlab Laboratories located at Tampere University Hospital, where she is involved in HPV screening program.

Her research interests include fine-needle aspiration biopsies of thyroid and salivary glands, cytology-histology correlations and HPV screening and gynecytology. In addition she has also cardiovascular pathology projects.

Since 2015 she is a President of Finnish Society for Clinical Cytology. She works as a Scientific Councillor at European Federation of Cytological Societies Board, where she leads several projects. 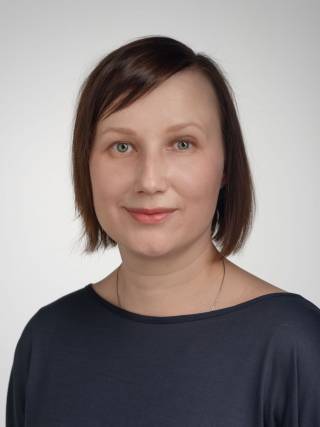 Her research projects concern e.g. alternative cervical cancer screening methods, especially HPV screening. As a member of the Current Care Guidelines group, she has been involved with updating the national recommendations for treatment and follow-up of cervical, vaginal and vulvar lesions. She is currently the president of Finnish Colposcopy Society. 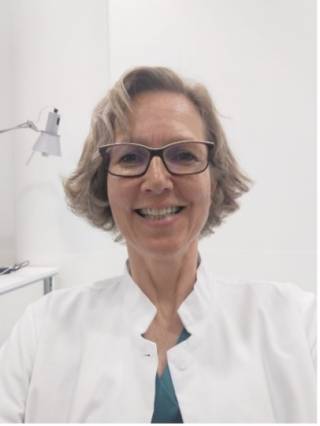 Her PhD research project is composed of the following three projects. Firstly she is evaluating the  diverse behavioural and reproductive factors association with different HPV-genotype prevalence among women referred to colposcopy. Her second project is to determine whether the use of electrical impedance spectroscopy (EIS) device improves colposcopic performance and increases the detection rate of cervical intraepithelial neoplasia grade 2+ (CIN2+). The third project is to investigate the regression and progression rates of cervical intraepithelial neoplasia (CIN2) in a prospective 2-year follow-up study among women thirty years of age or younger. 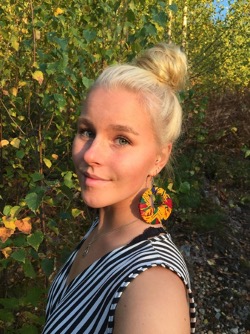 Siiri Leppälä graduated from Etelä-Tapiola high school in 2018. She began her medical studies at the University of Tampere in 2019. 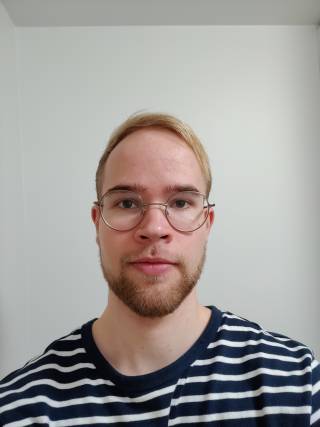 Eka Luhtanen is a second-year medical student at Tampere University, Faculty of Medicine and Health Technology.

At present he is working on his medical advanced studies by taking part in a project whose aim is to evaluate the risk factors leading to the need to perform recurring loop electrosurgical excision procedure (LEEP) -treatment on patients with HPV-induced cervical dysplasia and cancer. 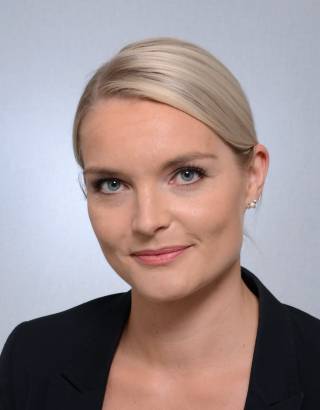 Dr Jaakola received her Medical degree from the University of Turku in 2012 and further specialised into Obstetrics and gynecology during 2012-2018. Currently she is working in the Kymenlaakso Central hospital.

She is a PhD student in Obstetrics and Gynecology. Her research project involves detailed characterisation of the HLA-G polymorphism and its interaction and associations with HPV infections persistence and disease progression. 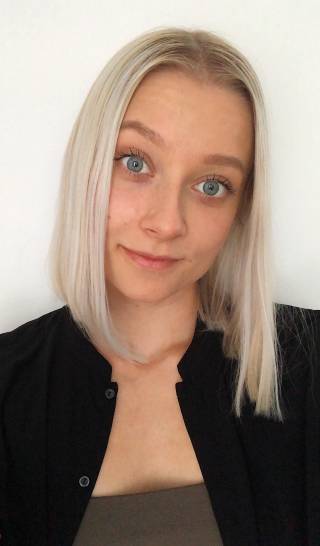 Suvi Rintala started her medical studies at the University of Tampere in 2020.

She is currently working on her medical advanced studies on evaluating different cancer screening and prevention guidelines to provide more feasible summaries for the clinicians for their everyday practise. 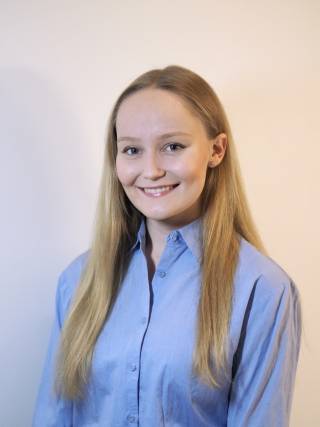 Helmi Suominen is a forth year medical student at the Tampere University. She has worked previously as a research assistant in Tampere University Hospital and Finnish Clinical Biobank Tampere during the summer 2020.

She is currently working towards her PhD degree in Obstetrics and Gynecology. Her studies are evaluating the role different of T-cell markers as other serological responses in persistent genital and oral HPV- infections between the mothers and their children among the Finnish Family HPV study. 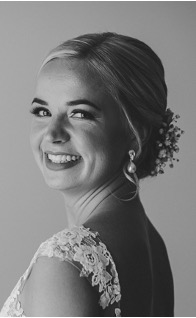 Dr. Suominen received Medical Degree (MD)  from the University of Turku in 2019. She is a resident in Obstetrics and gynecology. Currently she is working in the Surgical department at the Lohja District hospital in Lohja. 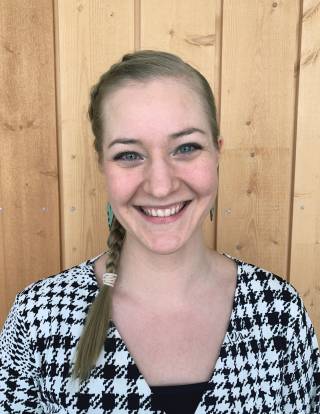 Dr. Taavela received her Medical Degree from the University of Tampere in 2014. Currently she is working as a resident in Obstetrics and Gynecology in Tampere University Hospital.

She is a PhD student in Obstetrics and Gynecology. Her research project evaluates HPV infections natural history among couples. The primary aim is to provide better understanding on multisite HPV transmission between couples and factors that influence possible HPV persistence or carcinogenesis. Secondary aim is to evaluate sexuality and quality of life among women undergoing loop electrosurgical excision procedure (LEEP). 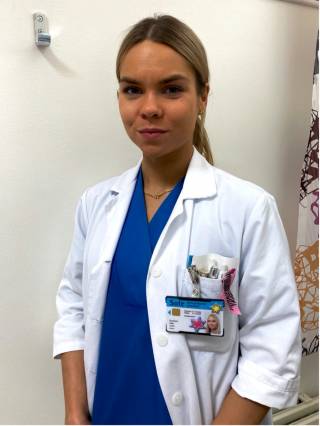 Dr. Vuorinen received her Medical Degree from the University of Turku in 2020. Currently she is working as a resident in Obstetrics and Gynecology in the Central hospital of Lapland.