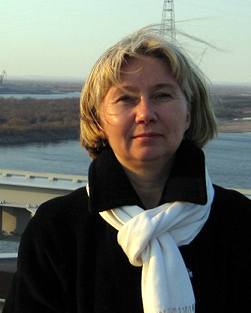 Svetlana Pasti is University Teacher, Adjunct Professor/Docent at Tampere University. She worked in various projects of the Academy of Finland, the Finnish Ministry of Education, and the European Union related to media and journalism in Russia and Central Europe.

In 2012-2016, Dr. Pasti lead one major part of a research project on media systems in the BRICS countries, a qualitative study of journalists using in-depth interviews with them. In 2018-2019, she is a visiting scholar at Fudan University, Shanghai, and St Petersburg State University.

Her main research interest is in journalism studies and Russian and Chinese media studies. She is author of two monographs A Russian Journalist in Context of Change: Media of St Petersburg (2004), The Changing Profession of a Journalist in Russia (2007) and over 30 peer-reviewed chapters and articles in platforms including The Global Journalist in the 21st Century, European Journal of Communication, Journal of Communication and Nordicom Review. She is the author and co-editor with Jyotika Ramaprasad The BRICS journalist: Profession and practice in the age of digital media (Special issue of African Journalism Studies, Routledge, 2015), and Contemporary BRICS Journalism (Routledge, 2018).

Other education and training, qualifications and skills

2010-2011 Postdoctoral Researcher, University of Tampere, School of Communication, Media and Theatre, project of Ministry of Education of Finland Promotion of National Media in Karelia

2006-2008 Researcher, University of Tampere, Department of Journalism and Mass Communication, Academy of Finland project Media in a Changing Russia

2002-2003 Researcher, University of Tampere, Department of Journalism and Mass Communication, Academy of Finland project The Development of Modern Democracy in Russia

2000-2001 Researcher, University of Tampere, Department of Journalism and Mass Communication, projects: Globalization and Localization as a Social Process in Previous Soviet Union, Media in Russian Transition

2019 Visiting Researcher of Academy of Finland at the School of Journalism and Mass Communication of St. Petersburg University, St Petersburg, Russia. The project: Corporation or entrepreneurship? How future journalists in Shanghai and St. Petersburg envisage their professional success in the digital news ecosystem

2018-2019 Visiting Researcher of Kone Foundation at the Nordic Centre, Fudan University, Shanghai, China. The project: Corporation or entrepreneurship? How future journalists in Shanghai and St. Petersburg envisage their professional success in the digital news ecosystem

2011 Visiting Researcher of Academy of Finland at Department of Russian Literature and Journalism, Faculty of Philology of Petrozavodsk State University

01.02.2004-28.02.2004 Media Expert: ECO, EU project Media Monitoring and Assistance During the Parliamentary and Presidential Elections in Russia 2003-2004, The Russian Union of Journalists, Moscow, Russia. Duties: consultations, training for trainers on media monitoring in Moscow and regions, analysis of qualitative interviews and writing the analytical report.

2012-2015, Survey of BRICS journalists, Academy of Finland project Media Systems in Flux: The Challenge of the BRICS Countries. A qualitative study of journalists (729), including in-depth interviews with them in five countries.

2007-2008, Survey of Russian journalists (800) in the collaboration with the Russian Union of Journalists, Academy of Finland project Media in a Changing Russia.

Merits in teaching and pedagogical competence

Women and the Media in China. Online course. Tampere University in the partnership with Finnish University Network for Asian Studies ASIANET.fi, 2020

Journalism in the Age of Uncertainty. Tampere University, 2019

Russian Media and Journalism in the Globalized World: University of Tampere, Russian Studies, 2017

15.03.2016, Transitioning into Today: Technological and Other Changes in the Russian Media System (4h); School of Communication, University of Miami, USA.

03.05-08.05.2013, Comparing Media Systems: China and Russia in the Context of BRICS (6h), Universities of Wroclaw and Warsaw, Poland (Erasmus programme)

27.02-03.03. 2006, The Profession of the Journalist in Theory and Practice (6h). Jagiellonian University, Cracow, Poland (Erasmus programme)

Invited adviser on the doctoral thesis

Self-media: The Future comes from the East (WeChat and Telegram). International Conference “Media Component of Digital Economy”. Academy of Media Industry with the support of the Federal Agency for the Press and Mass Communications of the Russian Federation. 27 September 2019.

Journalists in the digital world. All Russia Conference of Union of Journalists, Dagomys, Russia 27-29 October 2016.

The Russian Journalists: Dilemmas in the Unionization. Presentation at Matters of Journalism: Understanding Professional Challenges and Dilemmas, Gdansk, 14-15 September 2012.

Paradoxes of Journalistic Profession: Russia in the Context of BRICS Countries (with Kaarle Nordenstreng). At Identity, changes and challenges of the profession in the 21st Century, 1st International Conference of Journalism Studies, Santiago de Chile, 27-29 June 2012.

Journalists in Smaller Cities of Russia: Are They Different? VIII World Congress of the International Council for Central and East European Studies (ICCEES), Stockholm, 26-31 July 2010.

Scientific and societal impact of research

Position of trust in society and other societal merits