Staff Scientist Pasi Pertilä and University Instructor Mervi Vänskä have received funding from Emil Aaltosen Säätiö for a new project that studies the utilization of new technologies in the assessment of early interaction between mothers and babies. 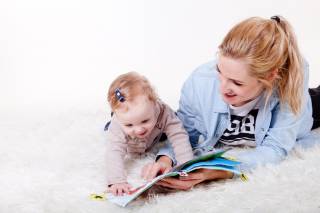 Machine Understanding of Mother-Infant Interaction project examines the early dyadic parent-infant interaction that forms the genesis for human development. The interaction between parents and infants consists of different types of information including social-behavioral signals with multimodal sensory, vocal and emotional processes. The main goal of the project is to explore the use of high-fidelity audio-visual and three-dimensional material to help identify and develop the analysis of relevant features in dyadic interaction.

Traditionally, trained psychology professionals observe and manually code the interaction using a standardized coding system, which is an accurate and reliable method, but it can also be time-consuming and expensive. In this project, the aim is to automate the process by utilizing state-of-the-art technologies and equipment. The parent-infant play sessions are recorded at Tampere University’s CIVIT laboratory, where technologies such as 3D motion capture, eye-tracking, spatial audio and multiple camera views are utilized. After that, behavioural analysis is conducted.

Machine Understanding of Mother-Infant Interaction is a multidisciplinary project in which two faculties are involved: Faculty of Information Technology and Communication Sciences and the Faculty of Social Sciences. The project combines 3D Media Group’s expertise on immersive technologies and the psychology unit’s expertise on early mother-infant interaction.

If you are interested in finding out more about the project, please contact Sari Peltonen or Mervi Vänskä.

Invitation to take part in the study (in Finnish)

Responsible teacher in Developmental psychology I and II as well as Orientation to professional practice -courses. Supervising candidate and master's theses. Research related to Miracles of Development (MIDE), Protecting infant development in the toxic environment of war (TOXIC) and
RefugeesWellSchool (RWS) -projects.

My research contributions are in the areas of: 1) mental health and wellbeing in the transition to parenthood and the impact of assisted
reproductive treatment (ART) on it; 2) early psychosocial, medical and toxic risk factors of child development; 3) self-regulation and
psychophysiological stress regulation as underlying mechanisms of child development; and intervention research that aims at enhancing the wellbeing of 4) refugee children and 5) expecting couples and families with small children.