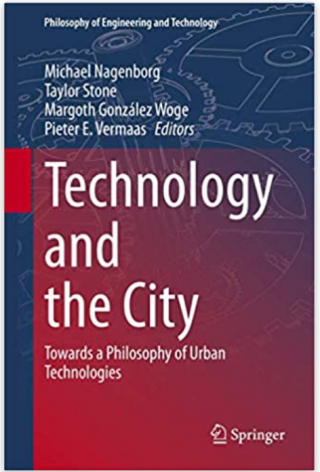 udy sheds light on the power-related infrastructural dynamic that actualises in the interrelations of big data collection and the bodily movement of urbanites in contemporary cities. By drawing from Husserl’s and Merleau-Ponty’s phenomenologies of the body and combining them with recent theorisations on choreography, material media theory and critical technology studies, the authors address city dwellers’ embodied relations with mobile devices and ambient technologies as integral to the micro-, meso- and macro-level (re)production of urban infrastructures. Discussing the technologically mediated kinaesthesia and movement trajectories of lived bodies, the authors develop a novel conceptualisation of urban choreography for exploring the mechanisms through which dwelling-in-the-city today functions in a globally extensive cybernetic feedback loop with profit-motivated and surveillant big data operations.

In terms of knowledge formation – not to mention ignorance – this is particularly problematic for citizens. Complex infrastructural systems and their big data production are almost opaque to citizens. In this sense, we can speak of infrastructural ignorance, which is playing an increasingly central role in the daily lives of citizens.

The article ‘Infrastructuring Bodies: Choreographies of Power in the Computational City’ has been published in the book Technology and the City. Towards a Philosophy of Urban Technologies.