The paper ‘Funkkis Mökkis: Paper Huts at the 1932 Enso-Gutzeit Competition in Finland’ analyses the competition of architectural ideas organised by the Enso-Gutzeit company (nowadays Stora Enso) in the early 30s in Finland to search for solutions for small, standardised summer cottages by using the panels commercialised by the company. Finnish architects such as Alvar Aalto, Erik Bryggman or Elsi Borg took part in the competition, which moved forward the small-scale architecture for holiday cottages in Finland. The best proposals were collected in the publication ’20 lauantaimajaa’, that showcased them in a systematised manner that the paper is replicating too through research-by-design methods.

The paper has been written by Associate Professor Fernando Nieto, Postdoctoral Research Fellow Rosana Rubio and Researcher Mari-Sohvi Miettinen. It has been published in the issue no. 17 of the ZARCH Journal of Interdisciplinary Studies in Architecture and Urbanism, a peer-reviewed journal published by the University of Zaragoza in Spain. It can be read and downloaded at the ZARCH journal’s website.

Finland lived, in the 1920s and 1930s, through an ephemeral time of peace and enthusiastic ideas in which it began to forge itself as a modern nation. Its borders still unstable, the country used its landscape as a social unifier and an element of national identity. Finland’s incipient welfare state, institutionalised holidays and the democratised consumer goods encouraged a new leisure lifestyle in natural settings. This article studies the recreational housing programme that responded to that demand. The new typology, later called mökki in Finland, was developed during the rise of Nordic functionalism (funkkis in Finnish) – the revision of the romantic villa and the traditional rural housing model, together with the emergence of prefabrication techniques. Among the architectural competitions and drawing albums published on the subject, this article studies the competition run by the Enso-Gutzeit paper company in 1932. Other studies have analysed this competition from constructive, stylistic or historical perspectives. This paper provides a different view by explaining that the competition was a testing ground where one of modern Finnish architecture’s distinctive features was forged: tuning into a constructed idea of nature. This fact is revealed through a graphical analysis of the competition’s proposals, as well as through the incipient personal traits in the work of the promising, young Finnish architects who participated in the competition. 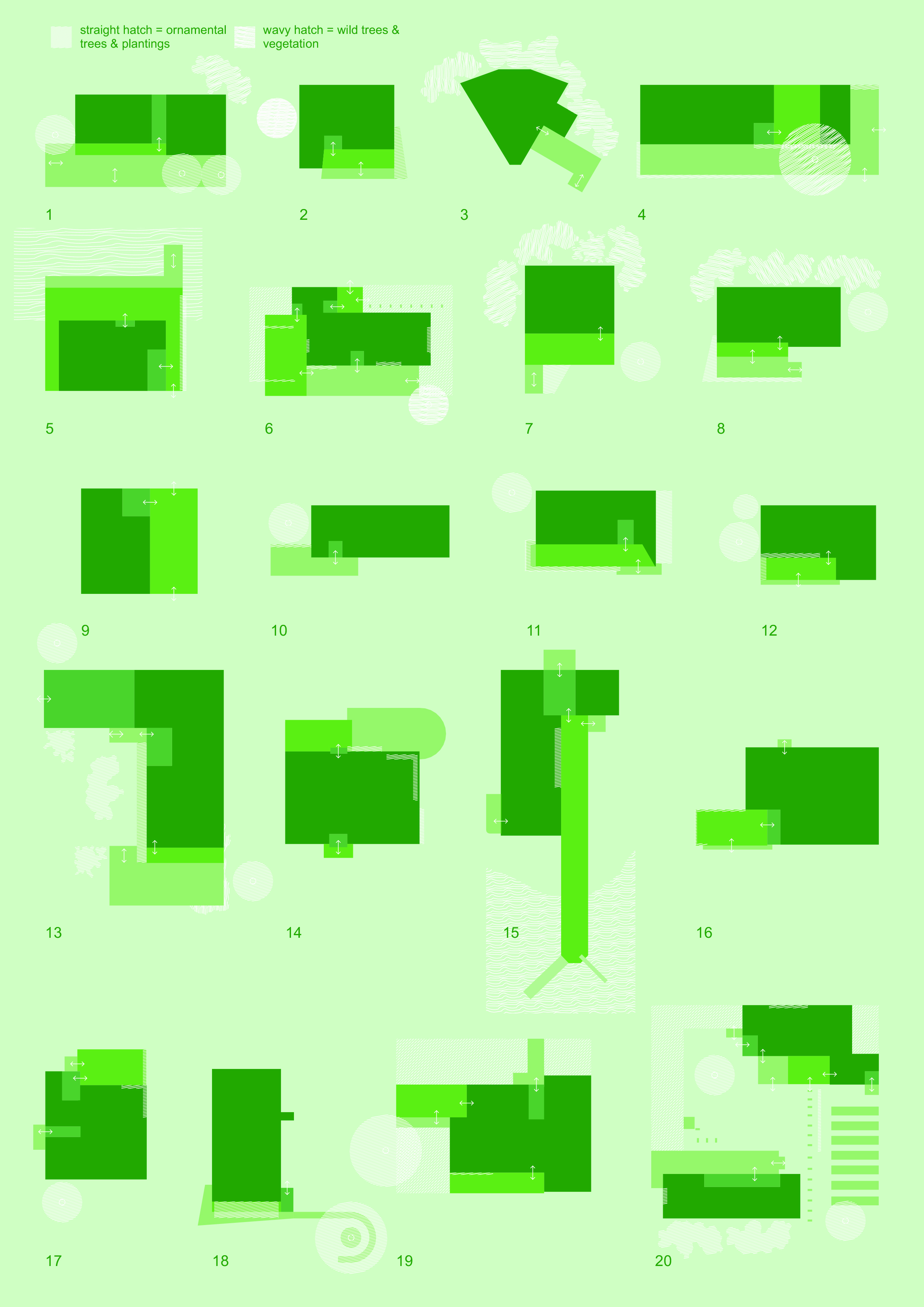 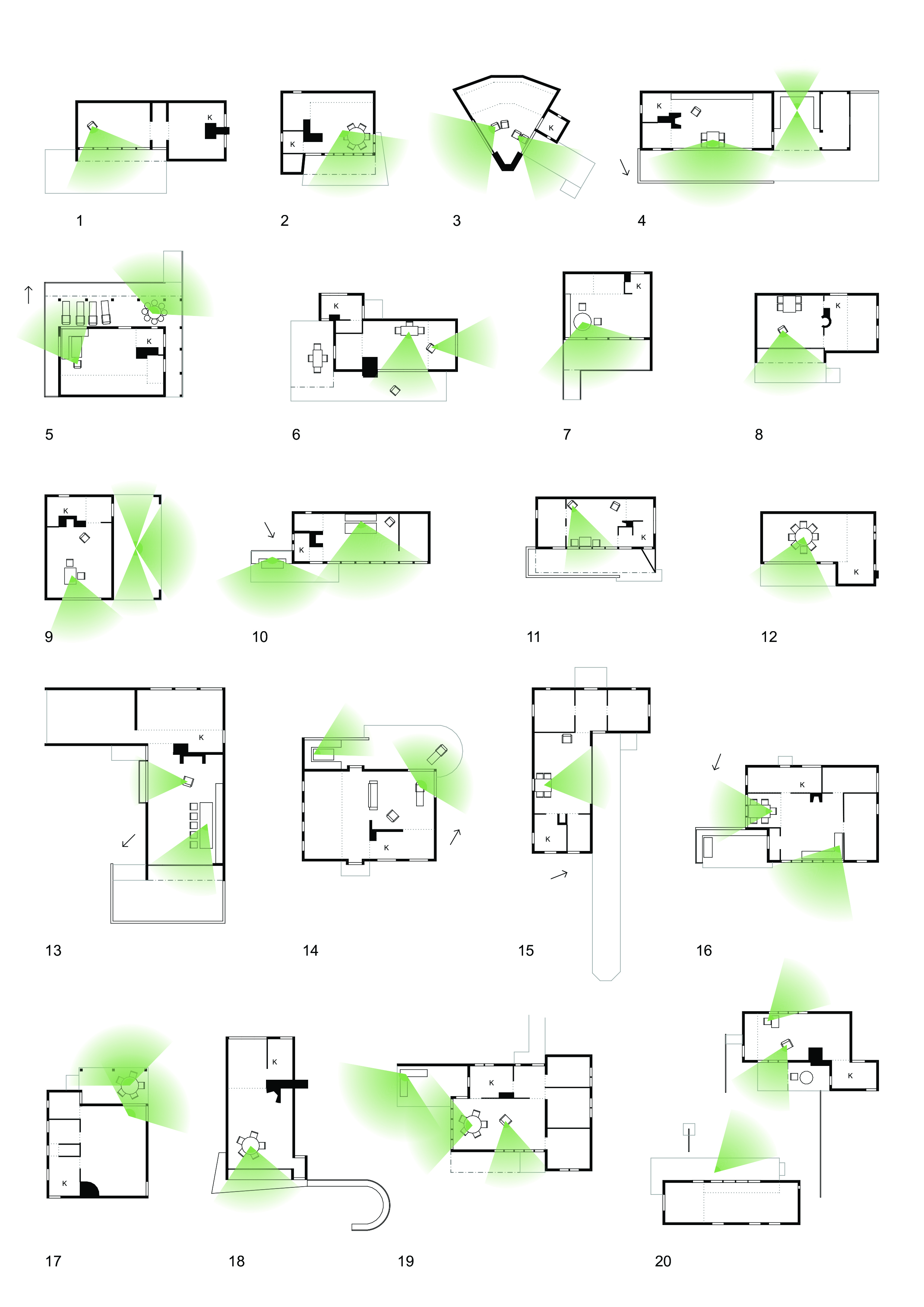 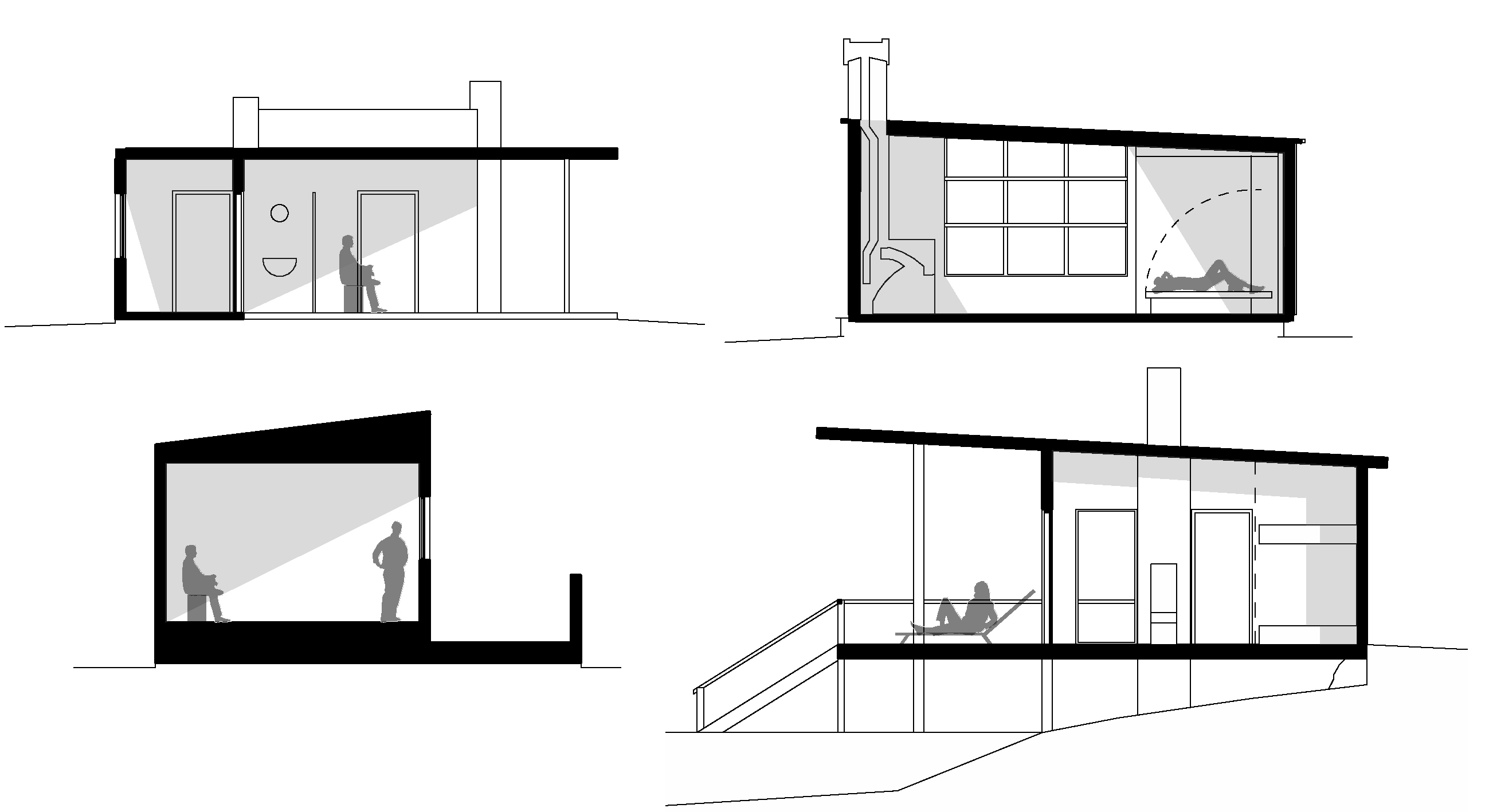 [Images by the authors]