Kaisa Väänänen works as a professor, research director and educator at Tampere University. She focuses on Human-Technology Interaction, Human-Centered Artificial Intelligence and sustainability. Some of her recent projects include AI Hub Tampere and KITE project (Human-Centered AI Solutions for the Smart City).

I am working as a professor of human-technology interaction at Tampere University, in the unit of Computing Sciences. My team and I do interdisciplinary research in various topics of human-centered technology, including digital solutions for sustainability and human-centered AI. I teach user experience design to both engineering and social sciences students. I also lead the doctoral programme of Humans and Technologies, in which our talented doctoral students investigate how human needs and the potential of novel technologies can be combined to better support our future society. In the international context, I cooperate with the global research community and organize major events such as ACM’s CHI conference.

My journey into technology

After high school I was not sure at all what I wanted to study – I was interested in so many things. I ended up in studying engineering, and in specific technical physics, because I wanted to understand how the world functions. I later changed to information technology, but was not completely motivated by the purely technical viewpoint of the studies. So I left to study in the US, UK and Germany to find broader perspectives. During those years I found AI and human-computer interaction (HCI) which was a completely new field at that time. Long story short, I returned to Finland to work for Nokia Inc. and was one of the first ones to work as an HCI specialist there. It was a really exciting journey to work on the early mobile phones. I later switched to academic career and became a professor in human-technology interaction.

Why is it important to promote inclusive AI?

In many ways AI is just as any other technology, which can be designed well or not-so-well. However, AI has special features that make it more unpredictable – it can evolve over time towards directions that were not intended or foreseen. Unwanted outcomes may include biases towards different groups of people, including those of non-dominating gender. It’s the designers’ and developers’ responsibility – and companies’ behind them – to test and follow the outcomes of their AI solutions. To achieve that, different human stakeholders need to be involved throughout all stages of the development and deployment of AI systems. Many companies are still in early stages of adopting the human-centric methods, but hopefully this approach will soon become mainstream to ensure inclusiveness of AI. 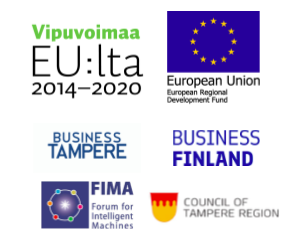