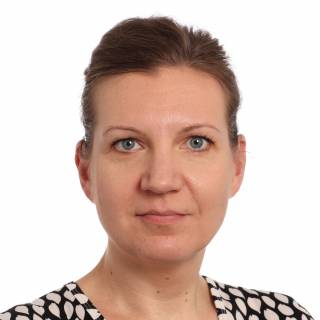 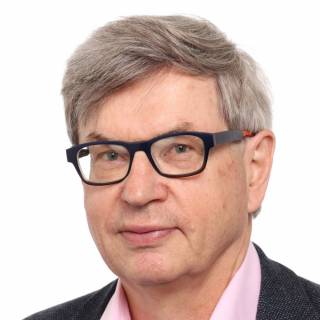 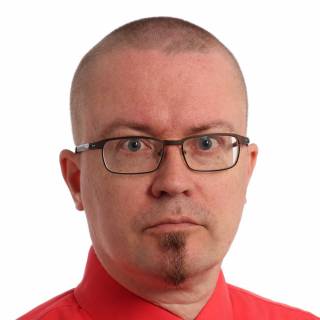 I am Professor of Comparative Literature at Tampere University (since fall 2016). I am a member of the Finnish Academy of Science and Letters (Academia Scientiarum Fennica) and of the Finnish Society of Sciences and Letters (Societas Scientiarum Fennica). I am also Docent of Comparative Literature at the University of Helsinki, and a former Deputy Director (2010-15) and Director (2015-16) of the Helsinki Collegium for Advanced Studies, University of Helsinki.

Research interests: My research interests include interdisciplinary literary studies (literature combined with philosophy, medicine and religion), the history and theory of satire, Latin and Neo-Latin literature, seventeenth- and eighteenth-century Latin dissertations, classical traditions, and the history of rhetoric and translations. My publications include over 100 scientific articles, over 20 books, and dozens of other scholarly writings. Some of my book projects are described below.

Lost literary genres: One of my research interests is currently the study of lost books and lost literary genres. I have taught a lecture course on this topic and I hope to delve more into the topic in the future.

Poetry and medicine: The aim of the project is to critically explore seventeenth- to early nineteenth-century neo-Latin medical poetry and medico-philosophical treatises on the pleasurable and invigorating effects of poetry. The project is funded by the Finnish Society of Sciences and Letters and Herzog August Bibliothek in Wolfenbüttel (2022), and it will result in a monograph in 2024.

Epistemic vices: The Vices of Learning (2014) examines scholarly vices at early modern universities and in Latin dissertations written in Germany, ca. 1670-1730. These vices include, for example, pride, logomachy, desire for fame, and curiosity. The project was funded by the Academy of Finland (2009-2014).

Antitheodicy in literature: A joint monograph entitled Kantian Antitheodicy: Philosophical and Literary Varieties (written together with S. Pihlström, 2016) defends antitheodicism, arguing that theodicies fail to ethically acknowledge the victims of suffering. We have also published articles on this and other topics, e.g., in Religions, Metaphilosophy, and Philosophy and Literature. My Finnish monograph Jobista Orwelliin. Kärsimys kirjallisuudessa (2020) studies suffering and pain in literature, especially in the modern rewritings of the Book of Job.

Neo-Latin (verse/medical) satire: My post-doctoral project funded by the Helsinki Collegium for Advanced Studies (2004-2009) focused on university satire and medical satires. My monograph Medical Analogy in Latin Satire (2009) explores how late fifteenth- to early seventeenth-century poetics considered satire as a form of healing instruction. The book examines satirical catharsis, praises of blindness and deafness, and the playfully philosophical significance of lethargy, fever, gout, and other diseases. My other books on satire include an edited collection Satiiri (2007, 2.ed. 2010) and Satiiri Suomessa (with H. K. Riikonen, 2012). I have recently published an open access monograph entitled Neo-Latin Verse Satire, ca. 1500-1800. An Ethical Approach (2022) which analyzes the tradition, themes and forms of Latin verse satire from the perspective of ethics.

Rhetorical vices: My doctoral dissertation (Creating Anti-Eloquence, 2002) examined a handful of stylistic vices (such as barbarism, obscurity, obscenity, and loquacity) in Renaissance humanist polemics. The study illustrated the adversarial rhetoric of Renaissance humanists by examining moral aspects of style.

Other scientific books: I have co-edited and co-authored over a dozen of books, e.g., on ancient literatures and cultures (Kirjallisuus antiikin maailmassa, 2007; Kulttuuri antiikin maailmassa, 2009; Mitä jokaisen tulee tietää antiikista: Kreikka & Rooma, 2013), scandals (Skandaali!, 2011), literature and economy (Kirjallisuus ja talous, 2011; Talous ja moraali, 2016), mimesis (Rethinking Mimesis, 2012), and death (Kuoleman kulttuurit Suomessa, 2014; Death in Literature, 2014). In 2018, I published (with S. Pihlström) a book in defence of academic life, Sivistyksen puolustus – Miksi akateemista elämää tarvitaan?, and in 2022 (again with S. Pihlström) an open access book on thinking about the other (Toista ajatellen) which explores the ethical challenge of developing an appropriate and respectful relation to other human beings by analyzing a number of historical and cultural cases of relating to the other.

Educated at the University of Helsinki and Columbia University (USA), I specialize in culture, literature and humanities in Russian area studies. My research and teaching interests span the interactions between culture and society, intellectual histories, and imperial and spatial knowledge production in the Eurasian context. I am the author and co-author of Brodsky Abroad: Empire, Tourism, Nostalgia (U of Wisconsin Press, 2010), Venäläisen kirjallisuuden historia, w/Kirsti Ekonen (Gaudeamus, 2012, 2. painos 2015); Empire Decentered: New Spatial Histories of Russia and the Soviet Union, w/ Maxim Waldstein (Ashgate, 2013); Cultural Forms of Protest in Russia, w/B.Beumers, A.Etkind, O.Gurova (Routledge, 2017); Russia as Civilization: Politics, Media, and Academia, w/Kåre Johan Mjör (Routledge, in print).