This spring universities from Finland, Estonia and Spain collaborated on a course on youth challenges in the EU and beyond, in the global context. The course investigated the UN sustainability goals, especially the goal number 11 of sustainable cities and communities. It was organised by Tampere University (TUNI), University of Girona (UDG) with five Catalan universities and Tallinn University (TLU) and was made possible by funding provided by blended intensive programme of the the Erasmus+ programme. The course gatherered altogether 36 students and teachers to study and learn about sustainability from the perspective of young people and youth work in transnational contexts.

This was the second time this kind of collaborative course took place, but for the first time the course included teachers and students from Estonia in addition to Finnish and Spanish participants. Fortunately, this year it was possible for the students to meet in person during the final seminar in Tampere in May. Before the final seminar the students took part in webinars over the spring.

During the final seminar and intensive period week in May in Tampere, the students shared their views on different questions around the course’s main theme. Over the spring they had worked in groups and investigated a driving question they had identified related to youth. As each of the groups consisted of students from the three participating countries, the discussions naturally involved a comparative element.  In the Tampere seminar the students presented the results of their undertakings and compared elements related youth policy, youth work, young people’s circumstances and possibilities for action in the three countries. Moreover, some students were originally from South America, thus bringing an intercontinental aspect to the discussions. Diverse problematic came up in exploration, including the complex entanglements of global trends and local circumstances in defining young people’s possibilities to take action for sustainable cities and communities. It became clear that more research and collaboration is needed in the future to better understand this complexity.

Student groups from Estonia and Spain arrived in Tampere on Monday to meet the Finnish participants of the course. In the following some reflections and recollections how their week went: 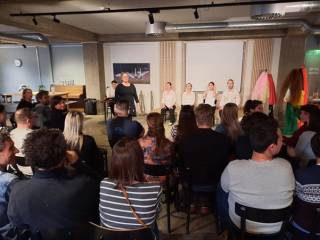 After everyone got to Tampere on Monday evening, the group had dinner together at restaurant Kulma. Dinner was followed by theatre performance by by Playbacktheatre Vox. The Playback Theatre performance was improvised, and it based on the experiences and expectations the students had for the course, their thoughts about the final seminar and the forthcoming intensive period week in Tampere. The performance was a great icebreaker for the whole group coming together face-to-face for the first time. 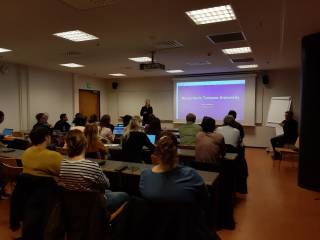 On Tuesday the day started with introducing Tampere University and the study line Youth work and youth research in the Faculty of Social Sciences. Also, youth work education in Finland was presented by the teachers more closely. Intensive discussion followed, showcasing of how the course made it possible to learn about youth work in different countries and opened a conversation on the many similarities and differences between practices on both global and local levels. 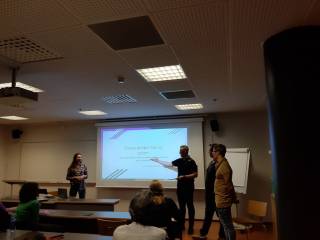 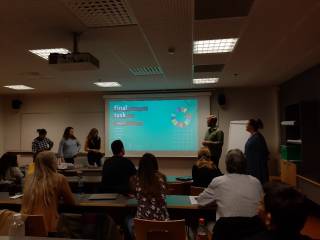 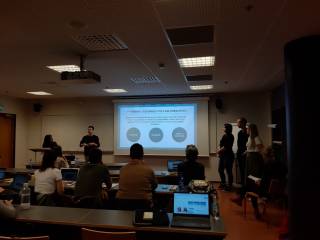 Group 3 with their presentation. 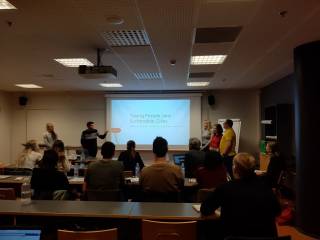 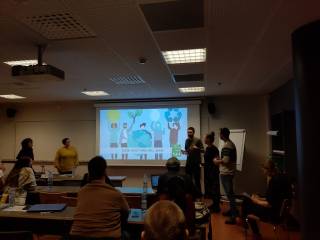 Group 5 and their presentation. 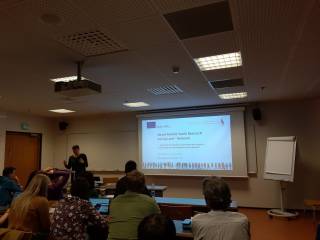 After the first presentations by the students on Tuesday, Anu Gretschel introduced Finnish Youth Research Society and Network for the group. Gretschel talked about Finnish Youth Research Society and Network as a unique research organization as well as an academic publisher. She also introduced the group to online platform YouthWiki established by the European Commission, which was very interesting and led the group to further discuss about similar networks in different countries. There was also discussion on relevant research topics, such as young people in the margins of society and how these issues could be tackled meaningfully. 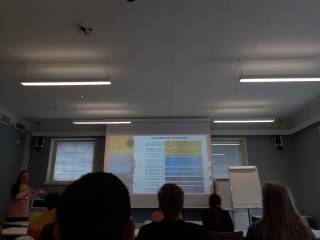 On Wednesday the course had a study visit at Community Center 13 (Monitoimitalo 13) introducing youth work and youth services in Tampere. The way youth work is organized and distributed into many areas in Tampere raised thoughts and questions and initiated a conversation once again on the several similarities but even more on the differences on global and local levels. For example, youth work on various platforms was a topic of diverse conversation. The group also got a chance to explore the community center and the many areas for activities the center has for young people. 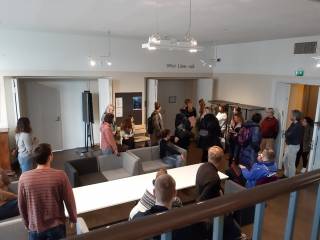 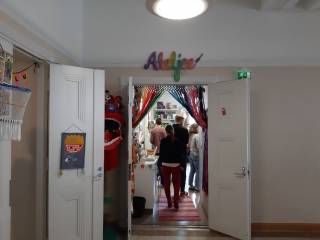 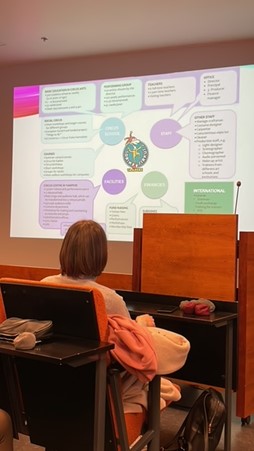 The final subject for Wednesday was Social Circus as Sorin Sirkus presented social circus as a tool for dealing with different social questions. The presentation introduced circus as something available for everyone, even for babies! The students were able to try circus activities themselves too by juggling with circus balls. 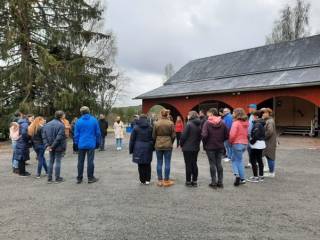 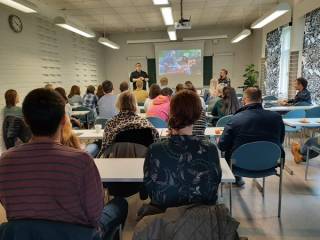 On Thursday’s agenda was a study visit to Marttinen National Youth Centre at the city of Virrat. At Marttinen the group got to know the Finnish youth centre services in a wide sense as well as an overview of the activities in Marttinen youth centre itself. The group got a chance to explore the youth centre grounds and the surrounding nature.

The students were told about how sustainable development is visible in the working principles at Marttinen, which has received a Quality Label for Youth Centres by the Council of Europe. The principles of sustainability figured for example at the lunch the group had at the youth centre. 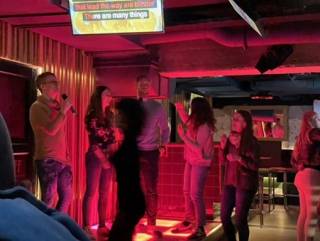 After the trip to Marttinen, there was time for fun and a socializing. The students spent the evening together in the city center of Tampere and even found their way to a karaoke place. Music can cross language barriers! 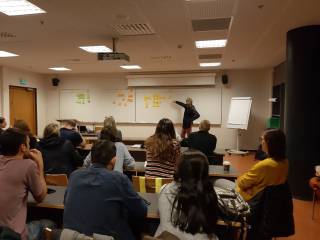 On the last morning of the course on Friday the students and teachers gathered to reflect how the course had been like and give feedback. The feedback was mostly very positive, and the students were very grateful for all the visits and networking and especially for getting to know each other. The course was considered useful and motivating as it provided the possibility to meet people from the same field and areas of interest. Some students wished that their time in Tampere would have been longer as they just got properly started when it was already time for send-off! 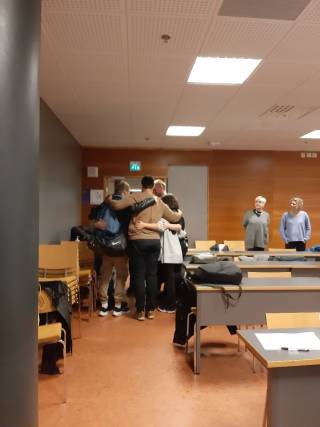 After the discussion on feedback and future plans for the course it was time for goodbyes. Group hugs were given in a joyful atmosphere. The week in Tampere was rewarding for everyone as it brought many people over Europe together to discuss important topics on youth work, young people, and sustainable development. It became evident how important it is to meet face to face to build truly rewarding transnational connections. We are sure that the connections formed during the course will bear fruit in the future – in the form of research, education, and development projects as well as friendships across the national borders. 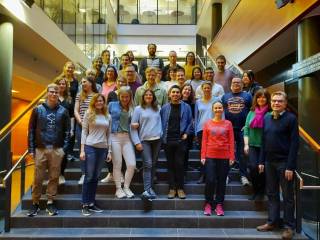 The whole group at Tampere University.

Information on the universities: