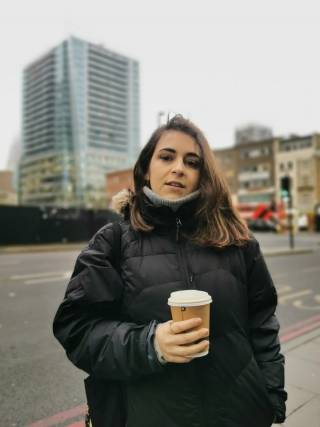 Ana Flora Machado is a PhD fellow in Culture Studies at Universidade Católica Portuguesa. She holds a BA degree in Media Studies and an MSc degree in Marketing Management, the latter being a conjoint course between Aston Business School in the United Kingdom, and the University of Mannheim in Germany. Ana worked for two years at Unilever and EDP in Brand Management, following her research in male representation on L’Oréals’ advertisement campaigns. Her ongoing research is focused on visual gender representations on Social Media, articulating both Media Studies and Visual Culture, her doctoral thesis having the working title of ‘Selfies on Instagram and the Female Gaze: Digital Performances of Gender Constructions.’ On the side, Ana is part of the organizing committee of several graduate conferences and workshops, and partakes in different research activities such as her work on the conceptualization of Transmedia Celebrities, published by WaterHill Publishing. Recently, she has taken on a research project between the Université Laval and Universidade Católica Portuguesa on Islamophobic discourses in Portuguese newspapers. 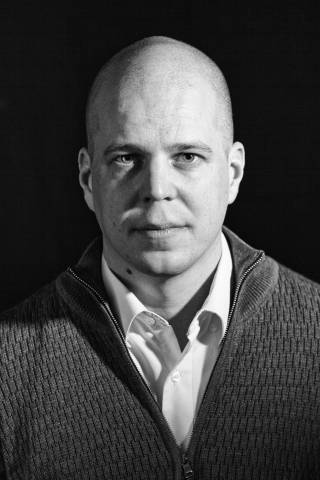 Asko Lehmuskallio is a scholar in visual studies, media anthropology and digital cultures. He is Professor of Visual Studies at the New Social Research programme at Tampere University, as well as Chair of ECREA Section Visual Cultures. In 2019, he served as Rudolf Arnheim Guest Professor at the Department of Art and Visual History, Humboldt-Universität zu Berlin.

His work focuses on 1) the mediality of the face, 2) digital visuality, and 3) values in the design of a digitally mediated sociality. Theoretically Asko follows the lines of practice-theoretical studies that foreground mediation, and is particularly interested in the dynamic relations between change and normalisation, especially as they tie in with the interrelations of bodies, technologies, and visual cultures.

Before taking up his current position, Asko has studied and worked at various universities in Germany, Finland, Spain, the UK and the US (e.g. in Marburg, Helsinki, Madrid and Berkeley). Additionally, he has co-curated exhibitions at the Finnish Museum of Photography, including #snapshot. Cameras amongst us (2014) and Entanglement between bodies and documents: A history of the Finnish passport (2020). For academic publications, see list here. 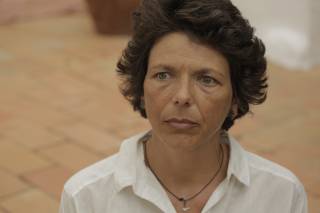 Catarina Alves Costa is a filmmaker and a visual anthropologist. She is currently a Professor in Visual Culture at the Department of Anthropology, Nova University in Lisbon, where she convenes courses in Visual Anthropology and Museology. She holds a PHD in Anthropology from Lisbon Nova University and an MA in Visual Anthropology from the Granada Centre for Visual Anthropology, Manchester. Worked at the Ethnographic Museum in Lisbon with film archives. Collaborates with different post graduation studies abroad: Barcelona, Spain, São Paulo University, Brazil and Mexico City. She was jury in different ethnographic film and cinema festivals. She directs films since 1992, won various international prizes and published different works on documentary and ethnographic films. Some of her films are distributed by Documentary Educational Resources, DER. Recently she is the scientific coordinator for the DVD collection at Portuguese Cinemateque around African ethnographic films directed by ethnologist Margot Dias. 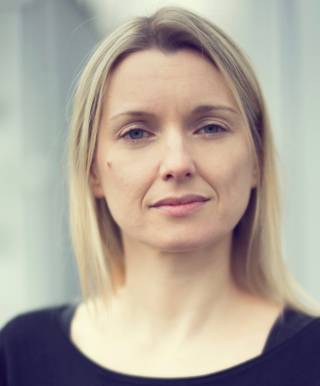 Cornelia Brantner is researcher at the Institute for Comparative Media and Communication Studies (CMC) at the Austrian Academy of Sciences. Before, e.g., she was (temporary) Professor of Media and Communication Studies at ZeMKI at the University of Bremen and at the TU Dresden. Prior to that she was Assistant at the University of Vienna and has spent time as a visiting scholar at the School of Computer Science at Carnegie Mellon University in Pittsburgh. Her work focuses on visual communication, digital communication, and geomedia.

She has been chair of the Visual Communication Division of the German Communication Association (DGPuK) since 2019. She is co-editor of the forthcoming anthology “Vernetzte Bilder. Visuelle Kommunikation in Sozialen Medien” [Networked images. Visual communication in social media] published with Herbert von Halem. 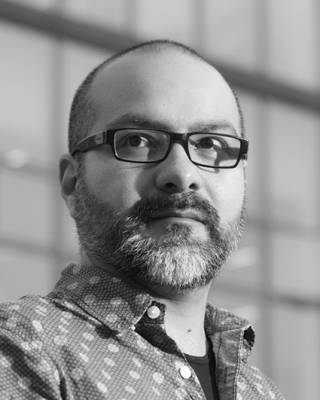 Edgar Gómez Cruz is a Senior Lecturer in Media (Digital Cultures) at the School of the Arts and Media at the UNSW in Sydney. He has published widely on a number of topics relating to digital culture in top journals, particularly in the areas of digital photography, digital ethnography and visual methods. His recent publications include the book From Kodak Culture to Networked Image: An Ethnography of Digital Photography Practices, and the co-edited volumes Digital Photography and Everyday Life. Empirical Studies on Material Visual Practices (Routledge, 2016) with Asko Lehmuskallio and Refiguring Techiques in Visual Digital Research (Palgrave, 2017), with Shanti Sumartojo and Sarah Pink. 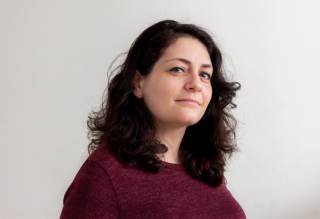 Hadas Schlussel is a PhD student at the Department of Communication and Journalism at The Hebrew University of Jerusalem. Her work integrates media studies and visual cultures with the anthropology of the senses and focuses on videos on social media as a means for embodiment in the digital space. In her MA thesis, she analyzed Tasty’s recipe videos on Facebook as sensorial experiences. 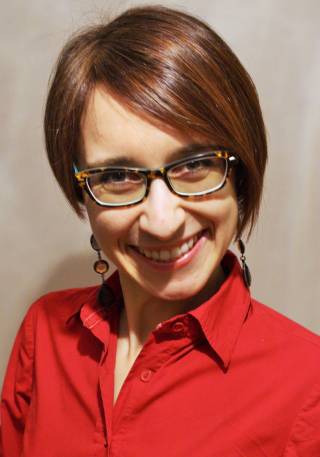 Joanna Kedra works as Postdoctoral Researcher at the Department of Language and Communication Studies, University of Jyvaskyla, Finland. She is currently involved in the project ‘WhatsInApp’, where she aims to apply visual methods to investigate digitally mediated multilingual communication practices of Polish-Finnish transnational families. In addition, Joanna’s research interest is in visual literacy education, press photography and photography interpretation. She has recently co-edited a special issue of the “Journal of Visual Literacy” on visual teaching practices in higher education. Currently, she works on the co-edited book “Visual Pedagogies”. Joanna is particularly interested in introducing and developing teaching practices of visual methodologies in Finnish universities and beyond. Since its inception, Joanna has been actively involved in the activities of the ECREA TWG Visual Cultures, also as the YECREA Representative for the group. 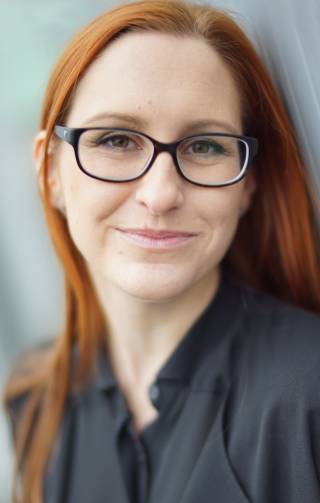 Currently she is chair of the visual communication division of the German Communication Association. She is editor of the forthcoming “Handbuch Visuelle Kommunikationsforschung” [Handbook of Visual Communication Research] published with Springer.

Before joining USI she was Doctoral Researcher at the Department of Communication at the University of Vienna (2007-2011), Post-doctoral Researcher at the Centre for Media, Communication and Information Research (ZeMKI) at the University of Bremen (2011-2016) and Associated Junior Fellow at the Institute of Advanced Studies (HWK), Delmenhorst (2014-2016). 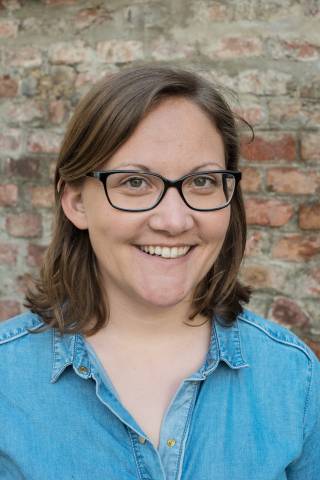 Previously, she worked at the Department of Sociology at the University of Vienna, investigating ‘Visual Biographies in a networked lifeworld’. Before that, she held a scholarship of the Austrian Academy of Science as part of the DOC-team ‘Pictorial Practices’. She is part of the interdisciplinary research groups ‘Visual Studies in the Social Sciences’ and the DFG-network ‘Transformative Visuality’ 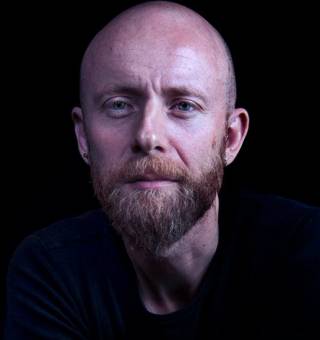 Paolo has devoted the core of his recent career to the study of visual culture in India. Ethnographically involved today in research on emerging image-making practices and politics in contemporary India, he was recently awarded funding by the Flemish government for a project on the introduction of digital technologies in Cuba.

Besides such situated research engagements Paolo focuses also on the ontology of images in digital habitats. He has a number of publications out there on interactive documentaries in different contexts, on wearable cameras, immersive images, smartphone apps etc.

Paolo is also active on the front of the integration of emerging technologies within ethnography. Last year he launched in collaboration with the Univ. of Deusto (Bilbao) “EthnoAlly” a digital tool for supporting researchers in conducting emplaced participatory ethnographic work.

Paolo has and has also had an active career as photographer and filmmaker. In 2004 he directed Flyoverdelhi, a film on youth in Delhi that was screened by Swedish and Italian national broadcasters.

An outgoing member of the Executive Committee of the European Association of Social Anthropologists (EASA) he is the vice-chair of the ECREA working group on Visual Cultures. 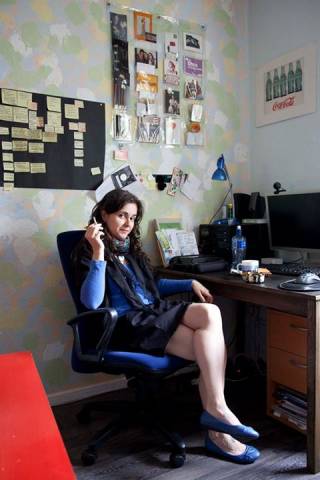 Patricia Prieto-Blanco (born 1981) is a Senior Lecturer at the School of Media, University of Brighton, UK. She also leads the degree Media and Environmental Communication BA (Hons). Her area of expertise are Visual Research Methods and Photography. Her PhD thesis has recently received the IVSA John Rieger award that celebrates outstanding visual sociology work. Patricia is editor in chief of MeCCSA Networking Knowledge, editor at HYSTERIA radical feminist collective, YECREA representative for the ECREA TWG Visual Cultures, as well as an advocate of interdisciplinary, participatory and practice-based research. 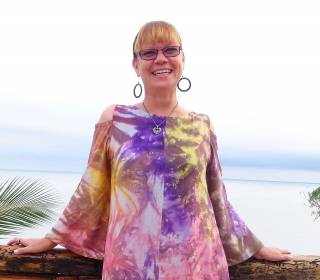 Paula Uimonen is an Associate Professor at the Department of Social Anthropology, Stockholm University, Sweden. She specializes in digital anthropology and anthropology of art, literature, media, visual culture and globalization. She is currently doing research on African women writers, based on fieldwork in Nigeria and Tanzania. The project is part of the multidisciplinary research program Cosmopolitan and Vernacular Dynamics in World Literatures (2016-2021). Paula is also principal researcher in the project Collecting Social Photo, coordinated by the Nordic Museum and supported by Riksbankens Jubileumsfond (2017-2021). The project investigates how museums can collect photographs in social media, see here.

Paula’s current publications focus on digital infrastructure in world literature (in process), performance poetry and digital media (Uimonen 2018), and MeToo in Sweden (in process). Recent publications include mobile photography in Tanzania (2016), digital narratives in anthropology (2016), mobile infrastructure in Africa (2015), and mourning rituals for Mandela in Cape Town (2015). The monograph Digital Drama. Teaching and Learning Art and Media in Tanzania (Uimonen 2012), was published in the Routledge Innovative Ethnographies series with an accompanying website. Paula has also co-produced films, Efuru@50 (2017) and Chanjo ya Rushwa (2012), available on YouTube and Vimeo. Paula’s regional specialization is East Africa (Tanzania) and West Africa (Nigeria), with previous experience from Southeast Asia. 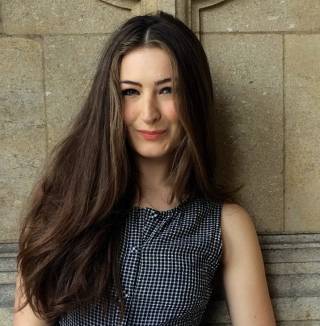 Shireen Walton is a visual-digital anthropologist, presently Postdoctoral Research Fellow in the Department of Anthropology, University College London. Her work cuts across visual and digital anthropology and migration studies, with research interests in and between the Middle East and Europe. She is currently conducting field-based research in northern Italy about ageing, health, smartphones and migration as part of the ERC-funded project The Anthropology of Smartphones and Smart Ageing (ASSA) at UCL. Before joining the anthropology department at UCL, she worked as a Teaching Fellow in Material, Visual, and Digital Culture at UCL Anthropology, teaching courses in Anthropology and Photography and Digital Media in the Islamic World, and at the Centre of Migration Policy and Society (COMPAS) at the University of Oxford on a research project about Immigration Narratives in the British Press. Shireen holds a BA in History from University College London, and an MPhil and DPhil in Anthropology from the University of Oxford. Her PhD research was about photoblogging and popular digital photography in Iran, and within the Iranian diaspora.