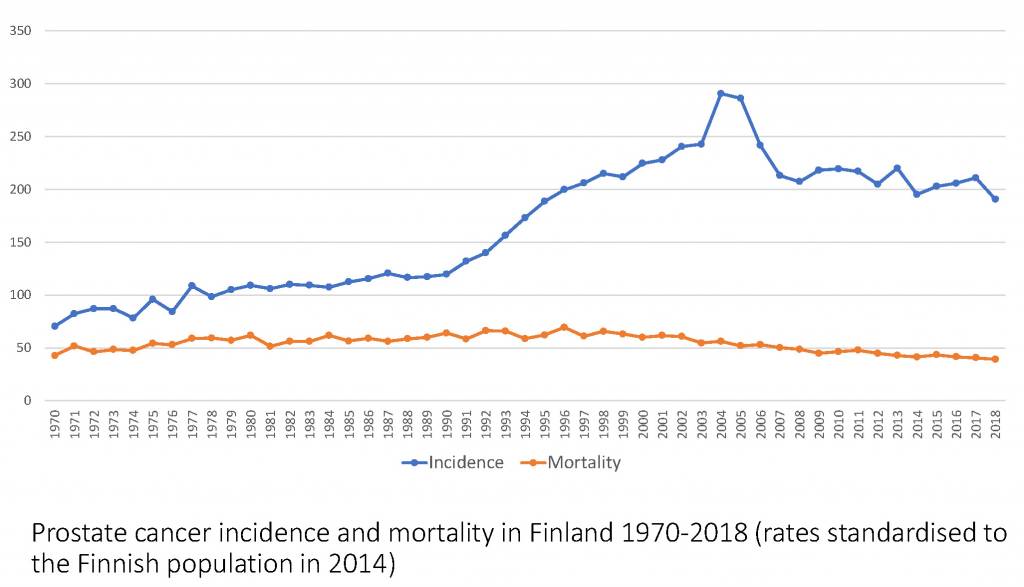 Finland has very high incidence rates, as other Northern European countries, and mortality is also above the global average. Prostate cancer is the most common cancer in Finland in men and also overall, with approximately 5000 new cases in 2018 (Finnish Cancer Registry). In numbers of cancer deaths, it ranks second with >900 deaths in 2018 after lung cancer in men, and fourth overall. Overall, prognosis of prostate cancer if favorable in Finland, with a relative survival ratio exceeding 90% at five years.

Prostate cancer incidence increased remarkably in the 1990s due to wide-spread PSA-testing, but has decreased slightly after 2004. Much smaller increase in prostate cancer mortality was observed until about 2000, with a subsequent decline.