The first two Scholars at Risk (SAR) academics at Tampere University, Meyda Yeğenoğlu and Mahmut Mutman are both Turkish sociologists. Their research has dealt with topical themes of co-existence of religious and ethnic groups, as well as with the development of the concept of Islamism. In her lecture (see abstract below), Yeğenoğlu shows how eighteenth-century modernization was an attempt to establish a modern nation-state, but which led to deterioration of the traditional peaceful co-existence of Armenians and Kurds. Mutman looks at the genealogy of Turkish Islamism (see abstract below). Once a moderate tradition, facing the various pressures the global megatrends of societal development (secular nationalism, socialism, neoliberal economic ideas), has evolved to a confused combination of class rage and desire for upward social mobility.

In their lectures, both researchers will also refer to the global Scholars-at-Risk activity, including their own experiences at Tampere University. Juha Teperi, as Director of Tampere IAS and Vice-chair of Scholars at Risk Finland, will open the event by introducing SAR activity.

Toward a Genealogy of Islamism 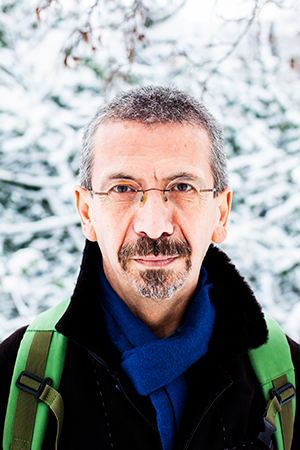 While Turkish version of parliamentary Islamism was once categorized as a major example of “moderate Islam”, it is now added to the growing list of far right populist politics. I suggest that Islamism is a modern political ideology and its conditions must be sought in several prior seismic shifts, which constituted the history of modernity itself: the Western orientalist “worlding” of the world in the 19th century and the divisions it created, the crises of secular nationalism and socialism, and the rising neoliberal globalization and financialisation in the last quarter of the 20th century. While it has emerged as the political discourse of the rising provincial bourgeois class evolved out of neoliberalism’s economic agent SMEs (small and medium enterprises), its populist interpellation has successfully displaced the social antagonism created by the same rapid capitalist development into a cultural opposition between West and Islam, a legitimation in reverse. Hence it is part of a process of capital accumulation and transfer, which has depended on and has mobilized upward mobility, but its political appeal lies in the phantasm it has conjured in the working people: a veritable translation of popular indignation into cultural terms in a language of “Islam” and confused yet alluring combination of class rage with desire for upward mobility. This most fascinating class text finds its epitome in the figure of the “tough guy” drawn by Erdogan as a leader, a victim-hero, a daring and gifted man who is capable of overcoming his victimization.

Armenians and Kurds: Kirvelik and Interruption of Community 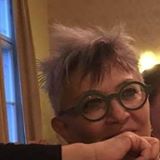 In this lecture Yeğenoğlu examines how the thousands of years co-habitation of Kurdish and Armenian communities in Anatolia has come to a brusque end with the mass killings of Armenians. Despite their religious and ethnic differences, it is possible to talk about a reasonably harmonious social and cultural communal life between Kurdish and Armenian groups. The institution of kirvelik (can be understood as analogous to godfathering) was one of the key social mechanisms that was instrumental in establishing their tolerable cohabitation while maintaining their ethnic and religious differences. The process of modernization during the late Eighteenth Century in the Ottoman Empire was an attempt to establish a modern nation-state, based on homogenizing the different ethnic and religious groups along the parameters of Turkishness and Islam. The consequent social, political and economic restructuring attempts to Islamize and Turkify the region resulted in the increasing deterioration of the relations between the Kurdish and Armenian communities. Consequently, Eastern Anatolia was turned into a homogenous Muslim land, undermining the foundation of kirvelik relations and thereby eliminating its function of maintaining ethnic-religious mixing.