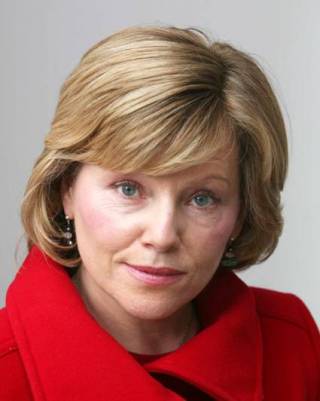 Helen Shaw is a former Managing Director of RTE Radio and previously was a senior editor with the BBC. Helen is a graduate of UCD (BA, MA) and of Dublin City University (Post Grad Journalism) and was a an invited Fellow to Harvard University for the academic year 2002-2003 where she worked on advanced research on

media globalisation and the Harvard paper ‘The Age of McMedia’ (Harvard, Weatherhead Center, 2003).

She has worked as a media consultant with public broadcasters SABC, RTE, VRT and has presented at both academic and industry conference including AIB (Association of International Broadcasting) Prague 2004, BCI, Broadcasting Commission of Ireland 2004, ECREA Amsterdam 2005 , EBU Digital Radio Geneva 2007 and EBU News+Current Affairs Stuttgart 2007.

She has worked on media policy for the Irish Government’s Dept of Communications (Ox report 2004) and worked as a media consultant on the creating of a media communications agency for the development agencies in Ireland which later became Connect World.