DRACE began as a working group within the COST framework. COST A20 was a large European research initiative on “The Impact of the Internet on Mass Media” (2001-2006).

The main objective of the COST A20 action “The Impact of the Internet on Mass Media in Europe” was to develop knowledge about the various changes that mass media industries are undergoing, and will in the future undergo, as a result of the development of the Internet. The action had working groups on television, newspapers, radio and cross-media. Chair was Professor Colin Sparks, Westminster University, London, UK.

The research of COST action A20 “The Impact of the Internet on Mass Media in Europe” in principle covers the area of the twenty-three member states of the A20 action: Austria, Belgium, Bulgaria, Croatia, Cyprus, Denmark, Estonia, Finland, France, Germany, Greece, Hungary, Ireland, Italy, Lithuania, The Netherlands, Norway, Portugal, Slovenia, Spain, Sweden, Switzerland and the United Kingdom.

In addition to the present members, the following persons were also members: 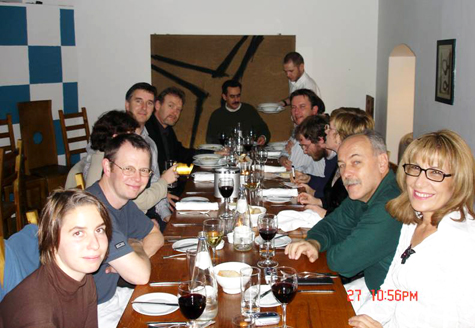 Dinner party with the Croatian Ambassador to Ireland,
during the DRACE Dublin meeting in 2004. 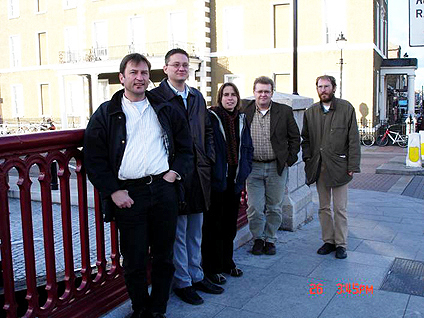 Some of the DRACE members during a leisurly walk.
From the left: Jon Peder Vestad, Oliver Hahn, Susana Santos, Marko Ala-Fossi and Henrik Hargitai.