The building physics research group of Tampere University and the Finnish Association of Civil Engineers (RIL) organized the Finnish Building Physics Conference for the sixth time. On the first day the subjects were related to the research of building physics, the hygrothermal performance of structures and new instructions. The second day focused on the moisture and mould problems in buildings, their prevention, and the quality of indoor air, as is tradition. The themes on the third day were the energy efficiency and acoustics of buildings, as well as low-carbon and natural structures. All in all, over 90 speeches were heard at the conference, like last time.

In addition to the celebratory speech, two international and one Finnish keynote speech were heard at the conference. On the opening day a keynote speech was held by the creator and developer of the WUFI program, Professor Hartwig Künzel from Fraunhofer Institute in Germany. On Tuesday the keynote speaker was Anders Kumlin from Sweden, who has almost 40 years of experience of moisture performance and damage in Sweden. On Wednesday the keynote speech was held by Professor Matti Kuittinen, who works at the Ministry of the Environment and Aalto University, and has been involved with developing a new analysis method for Finland that takes into account the carbon footprint of a building. 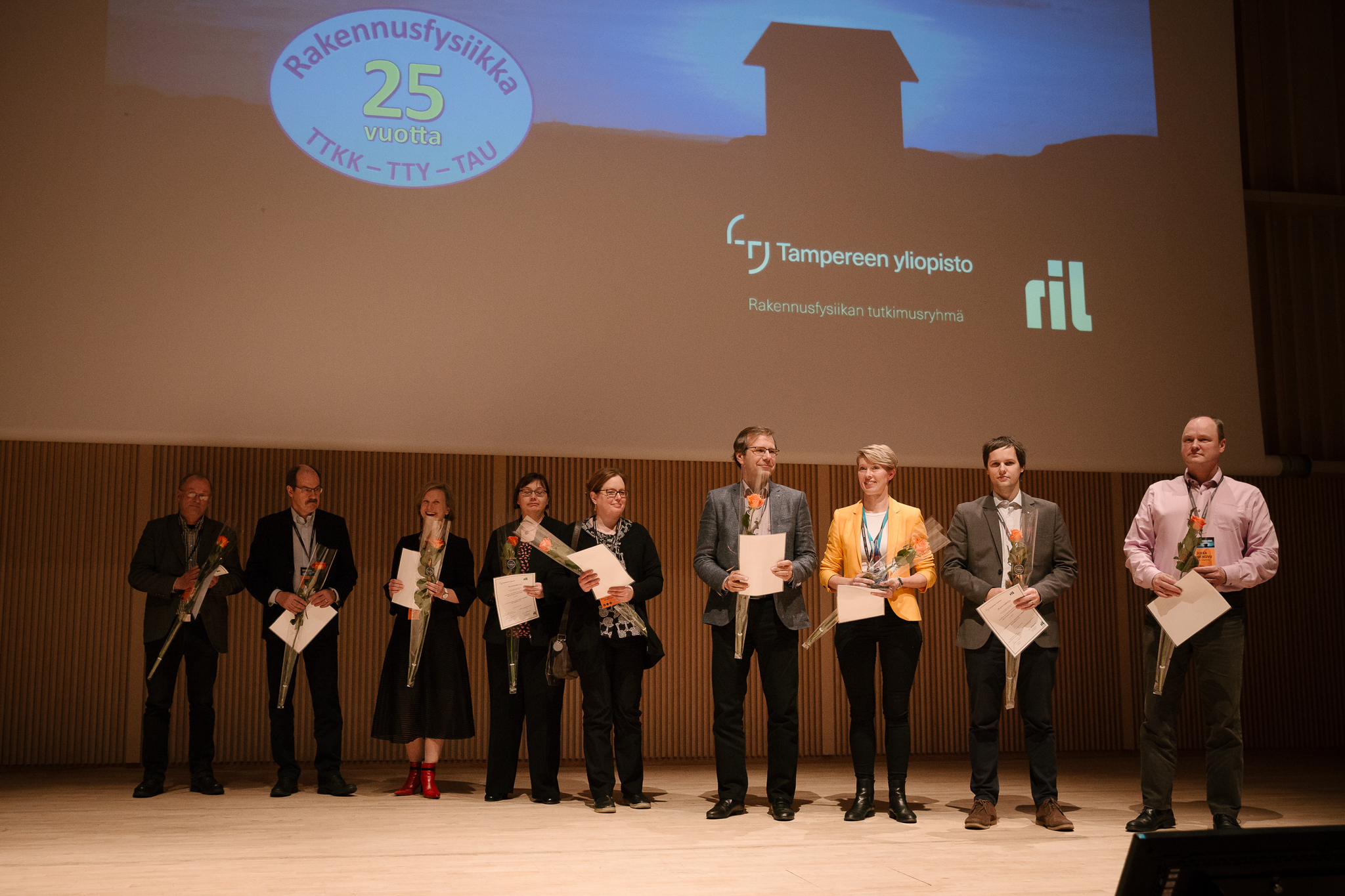 Finnish Award for Moisture-safe Building Construction was handed out for the fourth time. This time the award was given to An update to the repair manual for a building with moisture and microbe damage, and the team who worked on it. According to the judges the update had been long-awaited, since the last version was published in 1997. The award was given to the following people: Inari Weijo (Ramboll Finland), Timo Turunen (Ramboll Finland), Jukka Lahdensivu (Ramboll Finland), Esko Sistonen (Aalto University), Petri Annila (Tampere University), Katja Outinen (Ministry of the Environment), Kirsi Torikka-Jalkanen (City of Helsinki), Antti Souto (AINS Group), Virpi Sandström (Vahanen Building Physics), Pekka Laamanen (Vahanen Building Physics) and Hannu Kääriäinen (Oulu University of Applied Sciences). 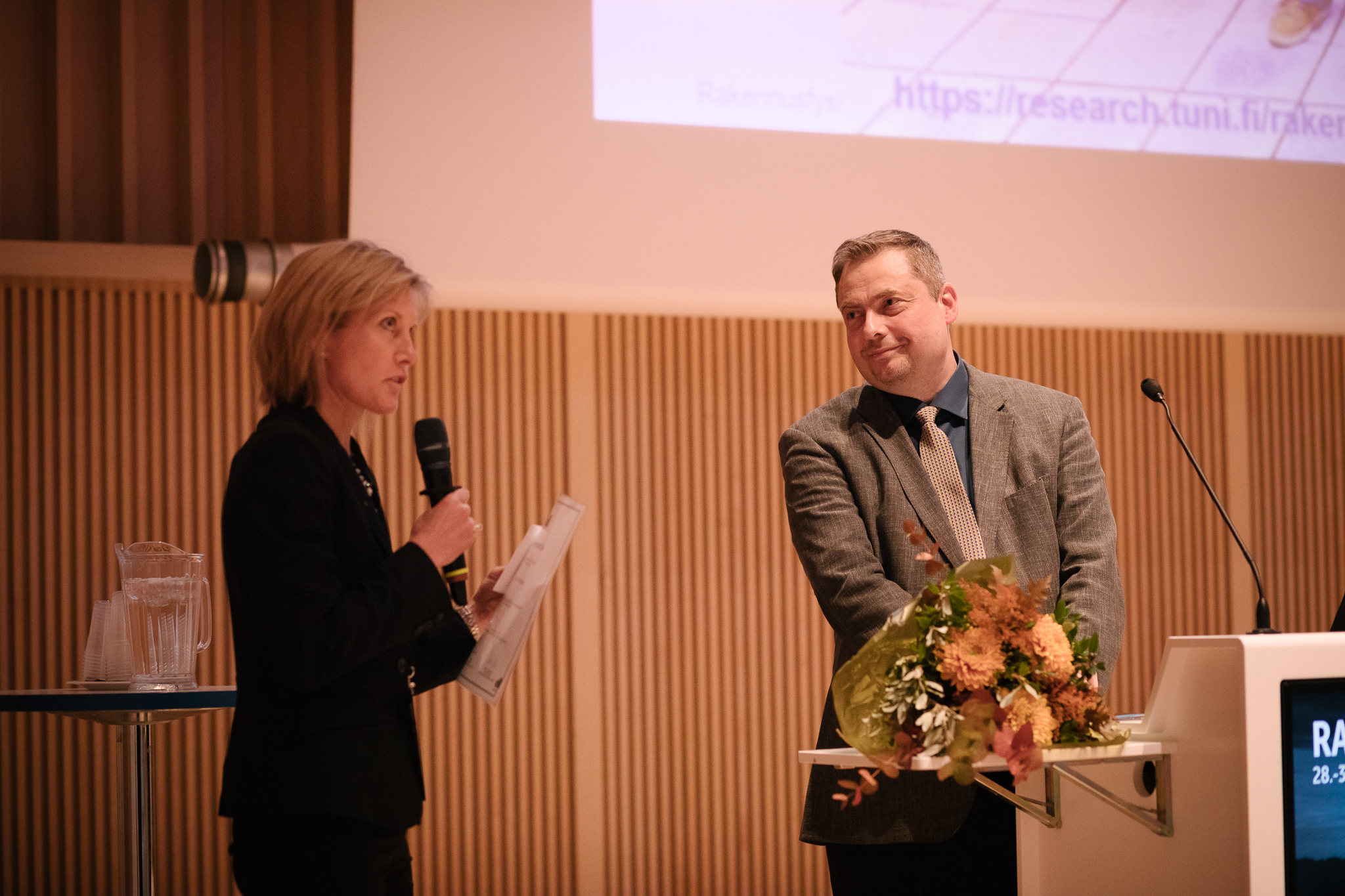 Additionally, the jury for the Finnish Award for Moisture-safe Building Construction awarded Professor Juha Vinha a commendation for his long career with building physical research and projects. The jury especially praised Vinha for his initiative and courage in renewing the field.

Once again, the record for the most partners for the conference was broken, this time with 83 partners. There were 46 exhibitors, which was also a record. The conference had almost 600 attendants. Thus, the popularity of building physics continues to be on the rise and the event is found to be extremely important in the field.